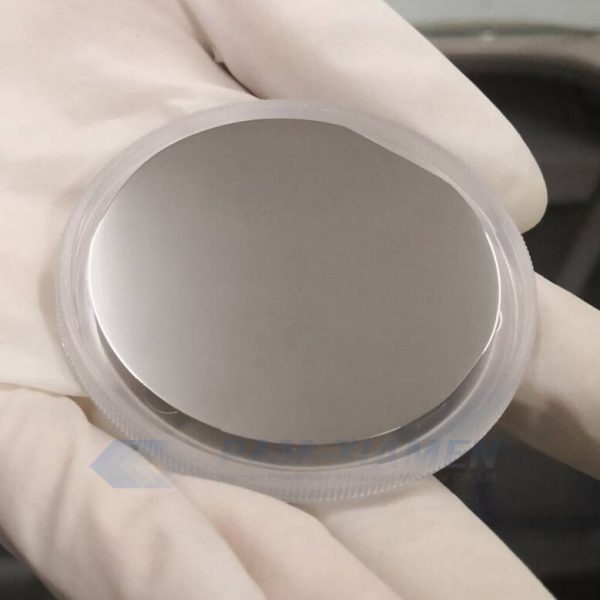 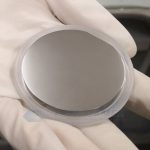 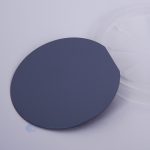 Single crystal Gallium Arsenide (GaAs) wafer is offered from Ganwafer – a leading GaAs substrate supplier for opto-electronics and micro-electronics industry for making LD, LED, microwave circuit and solar cell applications. The gallium arsenide substrates are in diameter range from 2″ to 6″ in various thicknesses and orientations. We offer single crystal GaAs substrates produced by VGF method, allowing us to provide customers the widest choice of GaAs material with high uniformity of electrical properties and excellent surface quality.

Before device fabrication, GaAs wafers must be completely cleaned to remove any damage occurred during the dicing process. After cleaning, the gallium arsenide wafers are chemically mechanically polished/plaranrized (CMP) for the final material removal stage. This CMP process allows for the attainment of super-flat mirror-like surfaces with a remaining roughness on an atomic scale. And then, the gallium arsenide semiconductor wafer is ready for fabrication.

Gallium arsenide (GaAs) is a compound of gallium and arsenic, which is a III-V direct band gap semiconductor with a zinc blende crystal structure.

Gallium arsenide wafer is an important semiconductor material. It belongs to group III-V compound semiconductor. It is a sphalerite type lattice structure with a lattice constant of 5.65×10-10m, a melting point of 1237℃ and a band gap of 1.4 EV. GaAs single crystal can be made into semi insulating high resistance materials with resistivity higher than silicon and germanium by more than three orders of magnitude, which can be used to make integrated circuit substrate, infrared detector, γ photon detector, etc. Because the electron mobility of gallium arsenide substrate is 5-6 times larger than that of silicon, gallium arsenide wafer for sale has been widely used in microwave devices and high-speed digital circuits. The semiconductor device made of GaAs has the advantages of high frequency, high temperature and low temperature, low noise and strong radiation resistance. Due to the excellent gallium arsenide properties, it can also be used to make bulk effect devices.